James Haselgrove Wines was founded in 1981 by the Haselgrove Family who have a long tradition of winemakers making fine Australian wines. Third generation winemaker, Nick Haselgrove is the current custodian of the family name along with father, James – together they make fine wines of distinction and style. The ‘Futures’ Shiraz was first made by James in 1984 as a rich strong Shiraz style (which at that time was not a usual style of wine produced) that was offered to customers on a futures or ‘indent basis’. This resulted in a strong following which Nick takes forward today as a unique offering of a wine with pedigree and provenance.
The Haselgrove family has deep roots in Australian wine production and research and has exerted considerable influence throughout the industry. Grandfather Ron Haselgrove learned winemaking under the great Emil Sobels at Leo Buring in Watervale, during the 1920s but made his name as an innovator in fortified wine and St Agnes brandy production at Angove’s in Renmark. He went to Mildara Winery in 1934, bolstering its quality and reputation by steering the original Mildara Cabernet Shiraz Bin 23 in 1952, and drove the establishment of Mildara’s Coonawarra cellars in 1963. He played an important role in the establishment of the Australian Wine Research Institute and served on its council for 18 years (1955-1973) with a number of years as Chairman. When he died in 1977, Ron left a legacy built on deep technical knowledge and innovation, coupled with smart business and management strengths that elevated Mildara to become one of the powerhouses in Australian wine.

Ron had a clear vision of the ‘future’ of the Australian Wine industry. The generational story of the family continues through Nick and his family. 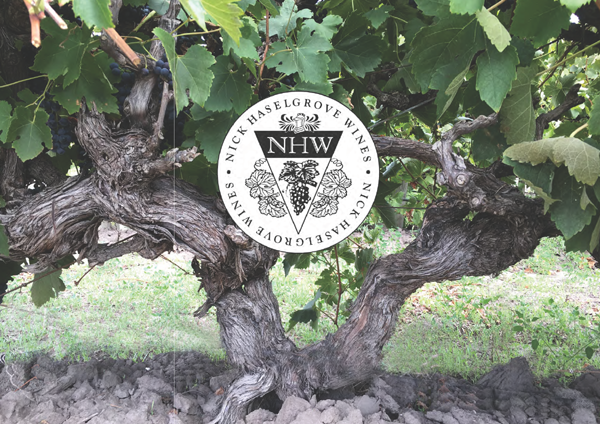 James Haselgrove
This exemplary style of trophy-winning shiraz continues a tradition that has reaped the highest accolades for winemaker Nick Haselgrove and his father James Haselgrove. It began in 1981, with James releasing a wine from McLaren Vale’s 1979 vintage under his own name that greatly impressed consumers. Its big, robust, fruit-driven style became a template for others in the region to follow, yet wine investors were prepared to pay in advance – an en primeur system – to ensure their allocation of the next year’s shiraz. Their confidence was well founded, as James Haselgrove Futures Shiraz went on to win major awards, including 1992 McLaren Vale Bushing King. The style that built this success continues. After 28 vintages, it’s a winning vision that perseveres.

Our family’s flagship presents a lover of cellared wine the opportunity to get the wine prior to release as an indent or ‘futures’.
Our Futures Shiraz was first made in 1984 as a rich, full bodied Shiraz wine style that is very suitable for cellaring yet maintains drinkability. This 2020 wine is the 29th release after maturation in seasoned French oak.
Fruit for this release again comes from a single vineyard planted in 1910 in McLaren Flat, grown by our friend Pino! Rich, concentrated fruit was handpicked then open fermented before being put to seasoned oak barrels to finish fermentation and then mature for 26 months. Barrel selection is made for site expression.

This wine has long term potential which will augment the savoury fruit characters expressed by this terroir in McLaren Vale. As we want this wine to mature gracefully in the bottle we have decided to use DIAM cork for quality cellaring that will still allow the wine to slowly develop complexity and regional nuances.